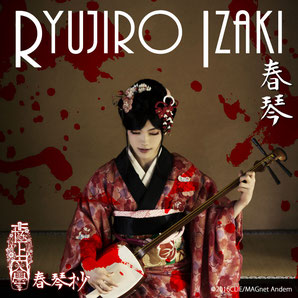 On June 25th, I headed to Osaka to watch the stage play Shunkin-sho. Originally, I had decided not to go and see this. Having done my fair share of going to shows that weren’t really for me for the sake of one actor, I didn’t really feel like doing it again. And then the visuals were released and my plans went to hell and I immediately went out and bought a ticket. The power of Izaki Ryujiro and his face.

Upon entering the venue, we were immediately guided to another line to be given the free bromide we got due to getting the ticket through Izaki’s special general sale. This would be the first of many photos, because I then went to the goods stand and bought both of his photosets, along with 10 of the random bromides to try and trade for Izaki’s. I was lucky and got two of his myself, but the rest had to be traded. In the end, I ended up with five of his. It had been calculated that he had six, so that wasn’t bad at all. What was nice about going to the Osaka shows was that Wada wasn’t there, so there was a nice spread of fans of everyone else, which made trading much easier. What didn’t help was that I didn’t know any of the other cast member’s names, so asking people who they were searching for was a bit of an issue.

After finishing trading, we went into the theater, where part of the cast playing birds were wandering around entertaining us as we waited. They had whistles that they used to make bird noises with and although they would mostly use them to make actual bird noises, sometimes one of them would use it to break into a song, or to make siren noises, and everyone would laugh. They also did some acrobatics around the theater and sometimes targeted people specifically. It was nice to have some entertainment while we were waiting for the show to start, even if we didn’t take full advantage because we only went in 10 minutes before it began.

before going, but I didn’t need to worry because it was pretty easy to pick up and understand what was going on. This play had been described as a “reading play” and I had been curious as to what that would mean and wondered if it would make it more difficult to understand. What it meant was that each character had a book that they would be reading their lines from as they acted. A lot of the actors would read the story, while others would say their own lines. It was an unusual concept but they did a great job of entwining the books into their movements and acting to the point where I eventually almost forgot they were there. What especially merged it into the story for me was that Shunkin, who was blind, would touch the book when reading her lines rather than simply looking at it like everyone else.

The story was pretty dark and dramatic but there was a bit of light relief in the middle where they had an adlibbed segment to give us a little comedy. The guys, dressed as birds, were all hidden behind one of the blinds, and would take it in turns to be brought to the front to do their line. Fujiwara Yuuki (who was playing Sasuke that day) seemed extremely reluctant to come out and there would be this scuffling and whining every time the blind was about to go up while he tried to convince everyone else to go first (and managed it, amazingly). After they finished, they were judged and a winner was announced, and it turned out to be Izaki. The guy who was judging said his full name and Izaki kind of blinked a little and seemed momentarily confused. Of course, after that they were soon back to the actual play and being dramatic, but it was nice to have that in the middle. 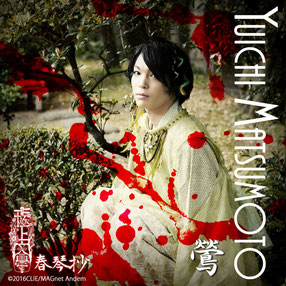 Honestly, I was right when I had concluded that it wasn’t really something I would be overly interested in. I wouldn’t say I was bored at all, but I’ll admit that I spent more time looking at Izaki’s face than I did actually focussing on what was going on. I’m generally not interested in stories that are focussed on romance, and this basically was, in a somewhat dark and twisted way. I also prefer stage plays to be modern based (generally, unless they’re based on anime in which case I’ve enjoyed some anyway) and this definitely wasn’t, which was also a downside to me. But, as I said, the fact that I could watch Izaki for two hours, and the fact that some of the other cast members were also definitely worth looking at, made it an enjoyable couple of hours regardless. I’m definitely glad I took the chance and went.

The show we watched was Matsumoto Yuichi’s last day playing Uguisu, so Izaki made him do the final greeting which he was very surprised and super nervous about. And with a couple more encores, the show was finished.

Cast pictures on this page came from the official website.